Today, I am excited to share with you a little bit about an inspiring man named Jack! Jack is 84 years old and resides on his farm in Eastern Nebraska. He’s been a friend of my husband’s family for quite a long time after having worked at the same place as my father-in-law.

I first met Jack in 2014. Tyler and I, his family and several of their friends helped pick pumpkins from Jack’s giant pumpkin patch. I learned that he grows the pumpkins every year and then donates them to the local high school. The students then sell them as a fundraiser for the school’s Skills USA club. We’ve helped with the annual pumpkin picking each year since (we may have missed one year due to vacation) and Jack has always been warm and welcoming to us each time.

In addition to growing tons of pumpkins for the local high school, Jack pursues a number of other hobbies and responsibilities.

One of those hobbies is tending to a large garden!

He shows us his harvest every year we’re there. Imagine beautiful tall bunches of kale, thriving okra plants, colorful Japanese eggplant, rows of Swiss chard, stalks of brussels sprouts, onions, peppers and tomatoes. Each year we pick pumpkins, Jack has sent us home with a bounty of fresh vegetables. He jokes with us that he can’t eat them all himself, so he has to share!

Another one of Jack’s hobbies is caring for Japanese Koi fish.

He has beautifully landscaped gardens and two small lily ponds where the fish live. He’s tended to them each and every day for the past three years that he’s had them.

The third notable hobby that Jack pursues is playing the organ.

He learned to play piano in his late teens and then started playing the organ at his church in his early 20s. He played the organ for his church for 40 years! Jack is such a committed organist that he even had a custom organ literally built into his home! It’s beautiful and intricate and the pipes go inside the walls, leading to a cabinet where they can be tuned and worked on as needed. Jack played some songs for us one year we were there and it was so awesome to see and listen to. He plays the organ every single day!

As you can see, Jack stays busy with his many activities and taking care of his farm. He is a super-thriver and we wanted to share his story with you. It inspires us to pursue things we love, to keep active and be outdoors. We hope it inspires you, too!

Our Super-Thrivers blog series is intended to highlight individuals who are living life with abundance. Many are leading life with optimism, courage, perseverance and passion and we find their stories inspiring! If you would like to nominate a Super-Thriver to be featured in our series, fill out this form!

Jump to Recipe Jump to Video Print Recipe When I[...] 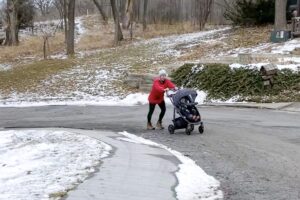 Jump to Recipe Jump to Video Print Recipe “There’s no[...] 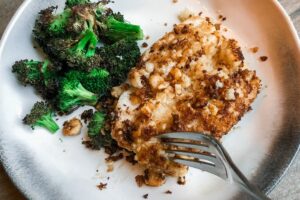 Jump to Recipe Print Recipe It may be getting colder,[...]