Looking for a way to use those beautiful mushrooms popping up at your local grocery stores? We have the perfect recipe for you! This one hits all the marks. Healthy-ish (mushrooms have great nutritional benefits), delicious, and, well, tacos – need we say more?

This recipe makes a great main dish if you’re not feeling any meat for that meal. It would also be a fun appetizer to serve by having the mushroom mixture, cheese crisps and tortilla shells separate and allowing others to make their own tacos.

If you’re interested in the backstory of how this recipe came to be, keep reading. If you just want the goods, click “Jump to Recipe” above, or scroll all the way down!

My husband, our baby boy and I went skiing with friends at Copper Mountain back in January. Brooks was only 6 months old, so he didn’t get to do any skiing. I can’t wait for the day when we clip him into his tiny little skis and help our little man down the slope in the most adorable puffy coat and baby goggles!

On one of the days that I didn’t ski, Brooks and I met up with Tyler in the village area of the ski resort. We walked by a little taco shop called Mahi’s Street Tacos and decided to give it a shot. There were only a handful of tables and all were packed with skiers. By the looks of the line at the counter and the spices in the air, it was clear this was a hidden gem among so many larger options serving mediocre bar food.

We had a hard time deciding what to order, but narrowed it to three tacos that we would share. We snagged a table from a family that was getting up to leave and then our number was called indicating our food was ready. We each bit into a taco and subsequently looked up at each other. They were so good! We traded and took another bite – same reaction! Then we each tried the third taco we ordered. No way could all three kinds be home runs, right? But each one was. They were so good that we wished we had ordered more. Knowing we were in for a hearty meal of spaghetti for dinner, we decided to hold off on ordering anything else (sad, I know).

The next day, Brooks and I ventured back to the village area to meet up with Tyler and our friends. It would be several hours before they were done and I had yet to eat lunch. So, since it was just Brooks and me, we headed to the little taco shop! The previous day, I was interested in a taco called “The Forager” which starred mushrooms as the main character. Tyler wasn’t too excited by the idea of a meatless taco so we decided to skip it.

But this round was MY time. I had to answer to the opinions and preferences of NO ONE but myself! It felt strange and overwhelming. How would I choose? So many things sounded good! Do I order the ones I loved from the prior day or do I take a gamble and try something new?!

By the way, this is an ongoing (albeit, loving) disagreement in Tyler’s and my marriage. Tyler’s approach to food, particularly at restaurants, is when you hit a goldmine of deliciousness, you order it every time. He always justifies it by saying, “What’s the enemy of a good plan? The idea of a perfect one.”

I, on the other hand, prefer to try new dishes. When Tyler starts saying “…the enemy of a good plan,” I quickly cut him off with, “…finding a better one!” Of course it’s always a little bit tug-and-war inside my head. There’s almost nothing worse when you decide to venture for something new, only to be extremely disappointed and wish you had ordered the thing you already knew and loved. But, such is life, right? There have been countless times where I ordered something new and loved it even more than the “old” thing, and that’s what gets me – the thrill of anticipation, novelty and possible celebration.

After much pondering, I decided to order three new types of tacos, one of which was The Forager. The guy behind the counter applauded me for ordering it, saying “you won’t be sorry.” In the back of my mind I was thinking, “you better be right or Tyler will give me such a hard time!” So, I took one bite and went into taco euphoria. The taco guy was SO right! It was amazing! I don’t care if you’re a carnivore or vegetarian – this taco was ridiculously good. It had sauteed, almost caramelized mushrooms mixed with seasoned corn kernels. The filling sat inside a circle of cheese that had been cooked until crisp (also known as “frico”), all tucked nicely inside a soft flour tortilla. It tasted like I was eating beef, except with so much more flavor thanks to the umami of the mushrooms.

While I was mid-meal, Tyler called and said he was taking a break and asked if I wanted to meet for more tacos. I replied, mouth half full, sputtering pico de gallo, “well…..I’m actually here right now.” I saved a portion of each of my tacos and waited for him to meet me – I knew he had to try these before he ordered his same ones from yesterday.

He did try them and his reaction to the mushroom one was just like mine! (I love when I prove his saying wrong!) He ended up ordering two of them just for himself!

I knew I had to recreate these at home. I jotted down the ingredients from the menu before we left and started planning my experimentation. We attempted the tacos the week after we returned. After a little trial and error, we nailed it – they tasted just like the ones we had!

I hope you try them! They have such a delicious mix of flavors and textures and are a perfect meal or appetizer for warmer weather. Mix up a batch of our 3-ingredient margaritas, make these tacos and dine al fresco on your patio on an upcoming sunny evening! Perfection. 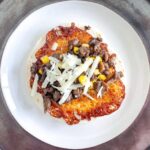 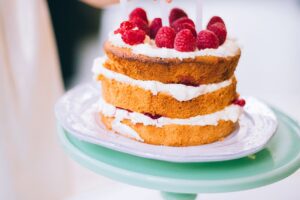 20 Ideas For a Meaningful Birthday Celebration

Jump to Recipe Print Recipe It’s my mom’s birthday this[...] 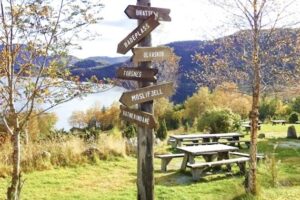 Uncomfortable Can Be Good

Jump to Recipe Print Recipe It seems with every day,[...] 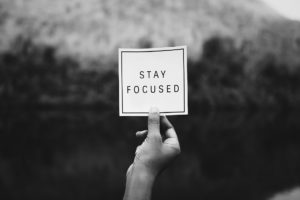 Jump to Recipe Print Recipe There are two important aspects[...]